4 students divided in 2 groups made an amateur video of a German Musical Outfit Raggaband in this Inter school competition. The song was in German language, finally Jisha Sarkar and Ritika Dutta got the first prize.

20 students along with one teacher attended this meet that observed the final phase of the project findings by eastern Indian schools on exploring water quality and stopping misuse. The students attended the World Clean Environment Summit between July 16 and July 18, 2018 and the school was awarded the Clean Environment Promotion Award 2018 at Science City Auditorium.

Some students from Spain,Turkey and France came over to school to know firsthand how the school deals with the waste management methods. 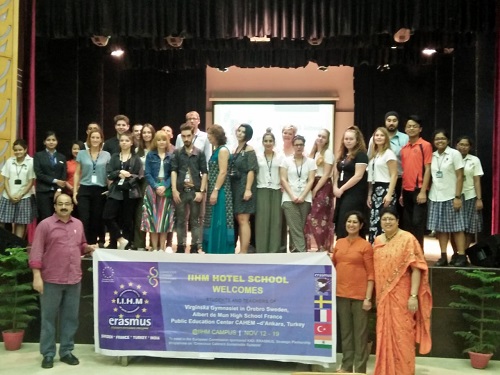 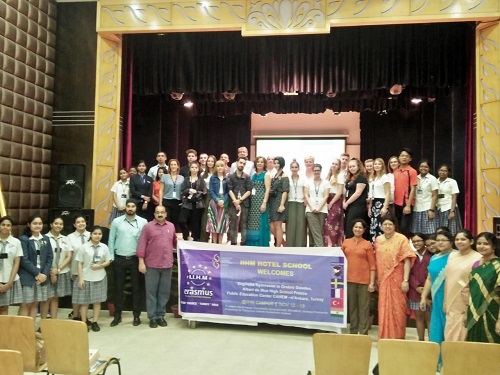 The Rotary Club of Central Calcutta alongwith The BSS school hosted the student exchange programme with Charlotte Country Day School, USA. A team of eleven delegates alongwith Mr. David E. Lynn, Director of International Studies visited the school for a day long programme and interaction with the teachers and students along with an outing in the evening to visit all the iconic landmarks of Kolkata. 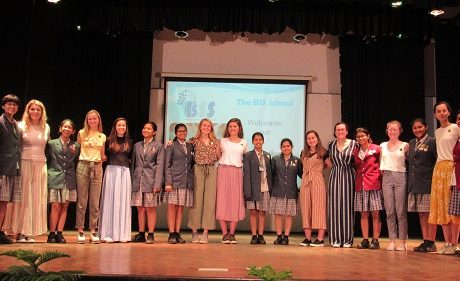 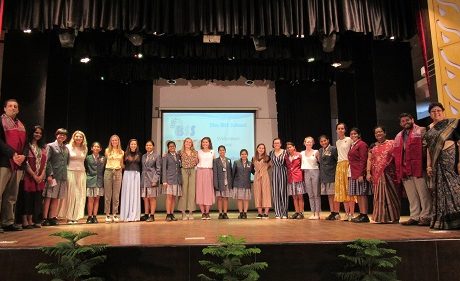 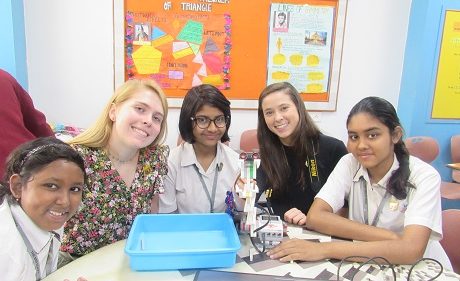 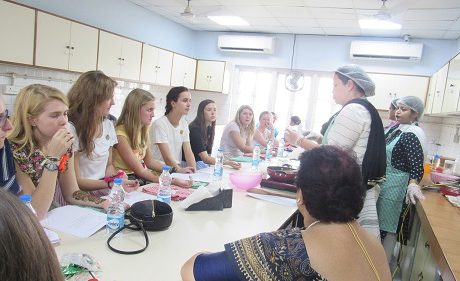 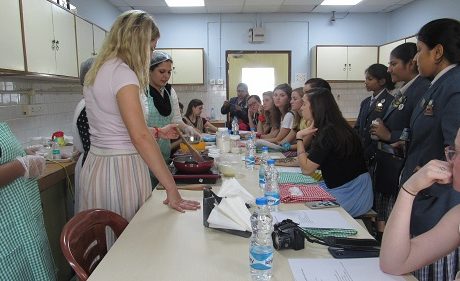 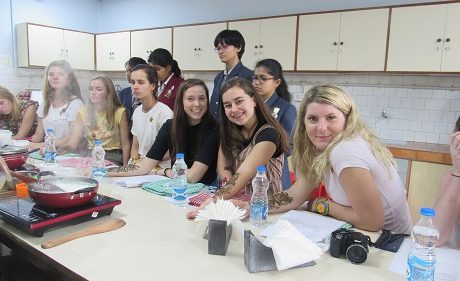 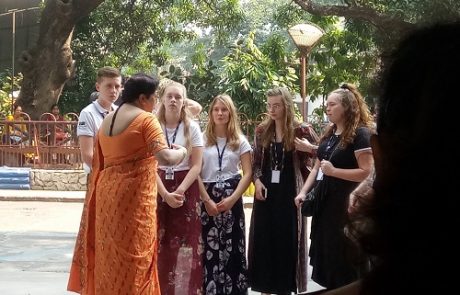 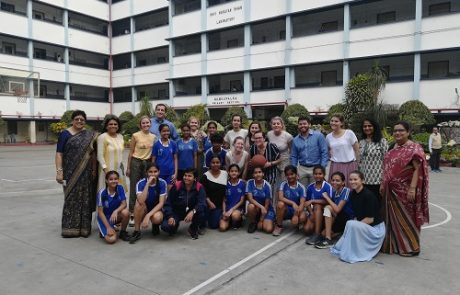 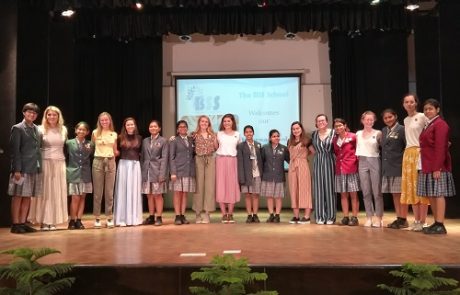 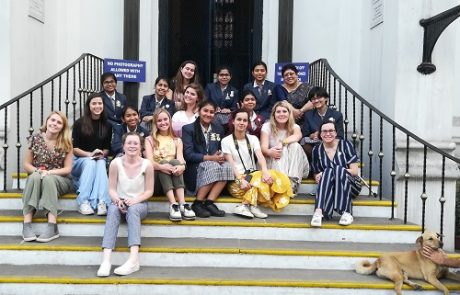 Mrs. Jaya Row, Master , Speaking Tree spoke to all the teachers of the school on this special day regarding how to keep oneself calm in the face of adversities and also how to have self-control in every situation.

Participants were Harrow School, London and the host school The BSS School, Kolkata. The motion of the debate of the International Inter School Debating Festival,in association with The Telegraph, was ‘In Social Media , we are alone, surrounded by thousands’. The opposition won the debate in a close finish. The best speaker from the opposition was NehaSen Class XII The BSS School and from the proposition was Dylan Windwards from Harrow School. The debate was moderated by Shaughan Dolan the debating coachof Harrow,and Swati Gautam, Trustee of Calcutta Debating Circle,the joint organizer of the debate. Each Team had four speakers a mixed team of Harrow and The BSS .The jury comprised ten of their peers from both schools. It was a learning experience for our students. Students at times shy away from such communication programs but once they were on a same platform as a school like Harrow they themselves feel more confident and reach out for things that they think are beyond them. 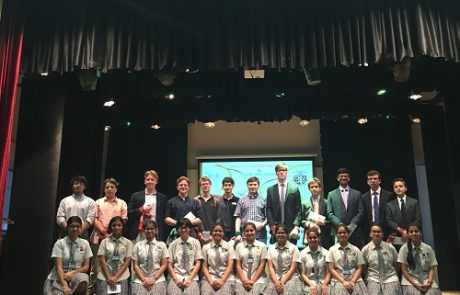 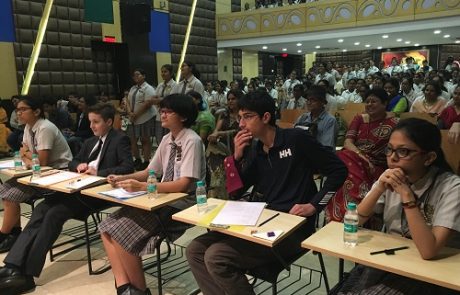 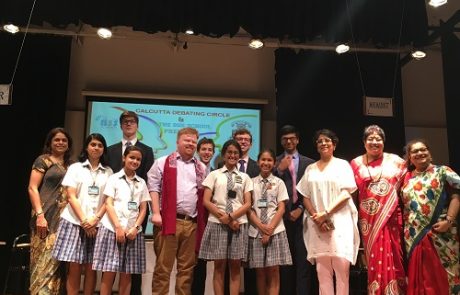 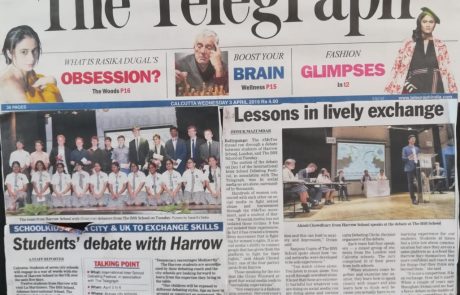 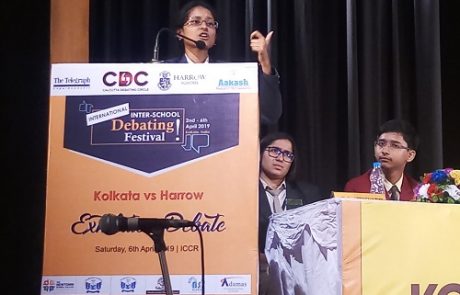 Participants were Harrow School London Vs. Vivekananda Mission School, Kolkata, Adamas International School, La Martiniere for Girls, La Martiniere for Boys, The New Town School, St. Xaviers Collegiate School and The BSS School. The speakers from the city were selected on the basis of debates held across campuses through the week as part of the debating festival organised with the Calcutta Debating Circle. These students from Kolkata and Harrow debated on “Democracy encourages Media- ocracy” at the International Inter School Debating Festival. The motion was defeated by show of hands as the boys from Harrow School convinced the audience with their arguments. The best speaker from the side opposition was wereJishaSarkar from The BSS School.

Ten students along with two teachers visited our partner school at Kunming to learn from them various aspect teaching learning procedures in their school along with showcasing our cultural side of Bengal and India as a part of our Seven year association of Exchange with Qinglai School, Kunming. Students participated in Debate and poster making on the occasion of Earth Day and all topic were related to the Conservation and Preservation of the earth.

Students from Classes VI to IX displayed the various asanas which can improve their mental health as well as their physical well-being. The benefits of each asana was explained and then displayed .The whole school thereafter had a session on meditation wherein each student and teacher did the pranayama, anulom and vilom.

The Students participated in the World Education Global Peace Studies and Value Education wherein the Principal of The BSS School, Dr. Sunita Sen received an Honorary Doctorate Degree in Peace Studies by the United Nations University of Global Peace on September 24, 2018.

In November 2016 Goethe-Institut / Max Mueller Bhavan Mumbai initiated a project, as a result of which the first Youth Congress on Sustainable Living was held in Mumbai. Inspired by the success of this event Goethe-Institut Kolkata organised it’s very own Youth Congress during January, 2018 in which students from various schools in East and North-East India took part, making it a successful and fruitful event.

Since then, various Goethe-Instituts of South-East Asia have taken up the initiative and organised youth congresses on various important and relevant topics.

This year, in November, Goethe-Institut Colombo is organising an international youth congress on the topic „Kinder Rechte / Childrens’s Rights“, in Colombo, Sri Lanka from 11th November to 14th November, 2019.

Based on the answers of a questionnaire, they selected 6 students from various schools in Kolkata, who received a full scholarship to participate in the Youth Congress in Colombo, Sri Lanka this November, along with other schools.

Ms. Purabi Bhandari of class 9 The B.S.S. School was one of the 6 participants from Kolkata. Here are a few glimpses from the Sri Lanka Youth Camp 2019.

The sudden crisis of pandemic has forced all schools to go on shutdown mode. But nothing could deter The BSS SCHOOL from hosting their mega event –  The Annual Debate 2020.This year the school decided to go online and host the event on a virtual platform and dared to spread its wings even further by inviting 12 school across the globe and  the country.

A keen contest ensued among the participants with TarangRathi from The Bishop’s School, stealing the show. No doubt he was adjudged the Best Speaker by the 3 International judges-Geoffrey Byrne, Andrew Tang and Heather Robinson, who did a fabulous job of judging an online competition involving schools all over the world in different time zones.The Bishop’s School Pune was declared the winners, followed by The Harrow School UK (1st Runner-up) and DPS Sharjah (2nd Runner-up). 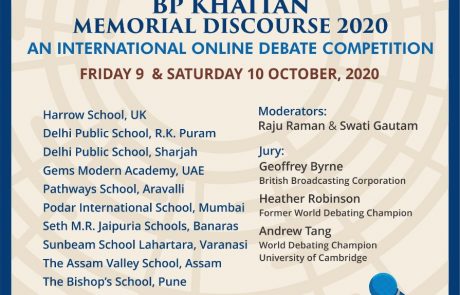 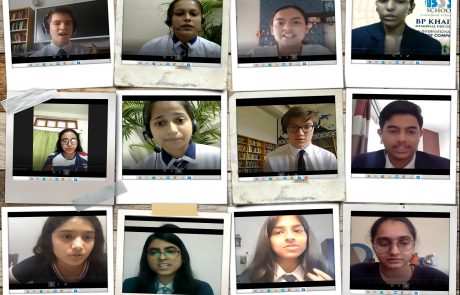 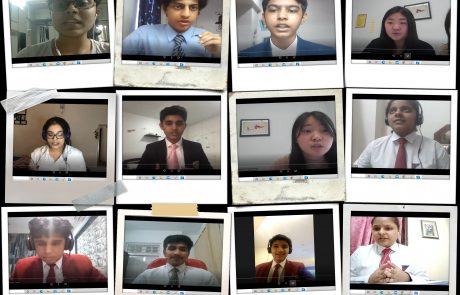 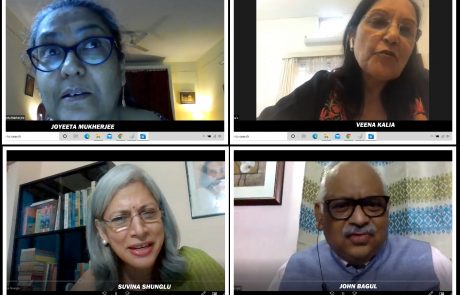 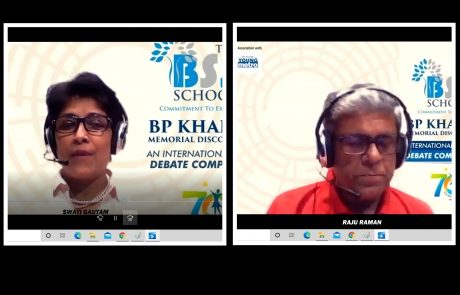 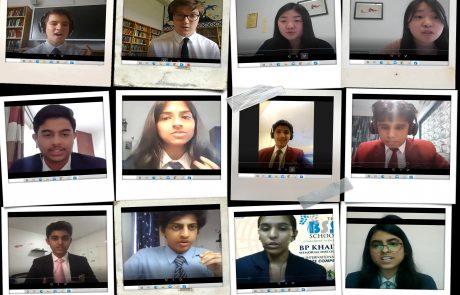 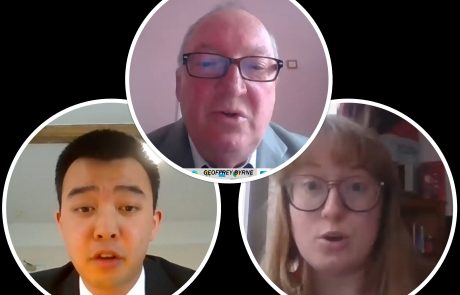